By: Courtesy of Vault 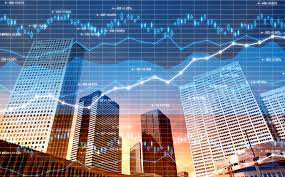 For I-banking analysts, it’s all about the computer screen. Analysts, especially those in their first year, spend countless hours staring at their computer monitors and working until midnight or all night. Building models, creating “comps,” (see sidebar) and editing pitchbooks fills the majority of their time. Many analysts do nothing but put together pitchbooks, and never see the light of day. Hard working and talented analysts, however, tend to find their way out of the office and become involved in meetings related to live transactions.

A typical week for an analyst might involve the following:

Up at 7:30 a.m. Monday morning, the analyst makes it into the office by 9. Mornings often move at a snail’s pace, so the analyst builds a set of comparable company analysis (a.k.a. comps, see sidebar) and then updates the latest league table data, which track how many deals I-banks have completed. Lunch is a leisurely forty-five minutes spent with other analysts at a deli a few blocks away. The afternoon includes a conference call with a company considering an IPO, and at 5, a meeting with a VP who drops a big model on the analyst’s lap. Dinner is delivered at 8 and paid for by the firm, but this is no great joy – it is going to be a late night because of the model. At midnight, the analyst has reached a stopping point and calls a car service to give him a free ride home.

The next day is similar, but the analyst spends all day working on a pitchbook for a meeting on Wednesday that a banker has set up. Of course, the banker waited until the day before the meeting to tell the analyst about it. After working all night and into the morning, including submitting numerous changes to the 24-hour word processing department, the analyst finally gets home at 5 a.m., which gives him enough time for a two-hour nap, a shower, and a change of clothes.

Unfortunately, there is a scheduled drafting session out of town on Wednesday relating to another transaction, and the flight is at 8 a.m. Having slept only two hours, the analyst reads his draft of the prospectus on the plane, and arrives with a VP at the law firm’s office at 11 a.m., armed with some comments to point out to the group. Many hours and coffees later, the VP and analyst get back on the plane, where the analyst falls dead asleep. After the flight touches down, the analyst returns to the office at 8 p.m. – and continues modeling for a few hours. At midnight, the analyst heads home.

The analyst is roped into doing another pitchbook, this one for a merger deal. He frantically works to complete a merger model: gathering information, keying in data, and working with an associate looking over his shoulder. By the time he and the associate have finished the analysis, it is 1 a.m.

Friday is even worse. The merger model is delivered to the hands of the senior VP overseeing the work, but returned covered in red ink. Changes take the better part of the day, and progress is slow. Projections have to be rejiggered, more research found, and new companies added to the list of comps. At 7 p.m. on Friday, the analyst calls his friends to tell them he won’t make it out tonight – again. At 11 p.m., he heads home.

Even Saturday requires nearly 10 hours of work, but much of the afternoon the analyst waits by the phone to hear from the VP who is looking at the latest version of the models.

No rest on Sunday. This day involves checking some numbers, but the afternoon, thankfully, is completely free for some napping and downtime.

The analyst adds up a total of maybe 90 hours this week. It could have been much worse: at some firms, analysts typically work more than 100 hours per week.