By: Peter Yang- Courtesy of Vault 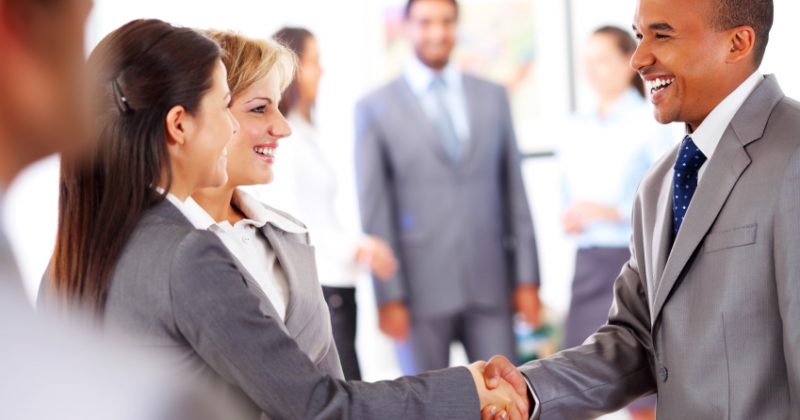 One of your top priorities as a job candidate should be to end your interview with a power punch – something that’ll make you stand out and show your enthusiasm. Unfortunately, sometimes that’s hard to do, especially when so many interviews end with you blandly telling your interviewer that you’ve got no more questions left for him to answer.

So, here’s a question you can ask to conclude your interview on a high-note and show that you’re still as hungry as ever for the job: “Would you mind showing me around the office before I head out? I would love the chance to see the place I might be working at soon.”

Here’s why it works!

It Shows Enthusiasm and Confidence

On the most basic level, this question shows your genuine interest in the company you are interviewing for. After a long day of interviews, most job applicants, especially the ones who think they’ve done poorly, would be perfectly content with simply ending the day with a handshake before quickly scurrying out the door.

By sticking around for a tour, you’re essentially doubling down. You’re conveying to the interviewer that you’re confident with how you’ve presented yourself so far, and that you’re ready for more. Even more importantly, this question also indirectly shows that you’re still very interested in the job. Remember, not every candidate leaves the interview room still enthusiastic about the position!

It Forces Your Interviewer to Imagine You Working There

On a deeper level, this question helps the hiring manager visualize you working at the company. By seeing you walk through the office as he gives you a guided tour, he allows his brain to subconsciously think “You know what? I can really see this person working here on a daily basis”. Of course, the more these types of ideas are implanted into his thoughts subliminally, the more likely his conscious mind will decide to extend you a job offer.

It Makes Your Interviewer Invest

When the interviewer shows you around the office, he is investing more time and energy with you than he is with all the other candidates. In a way, he is giving you special treatment by doing something he doesn’t do for the average applicant. This in itself gives you a massive advantage. Let me explain.

As humans, we’re all psychologically wired to value the things we put more effort or time into. For example, most of us would find a meal we spent the whole day making more delicious and rewarding than a meal we only spent a few minutes to prepare, even if the actual meals are exactly identical! Time and effort go hand and hand with value, and by asking to have this tour, you’re making yourself seem more valuable in the eyes of the recruiter – even if you’re not.

It Breaks Your Interviewer’s Routine

Recruiters often spend the whole day conducting interview after interview. They ask similar questions to every applicant and do so in the exact same room. By getting them out of that room, you are getting your interviewer out of his usual routine, and that’s a very good thing.

Such a disruption causes a state of heightened suggestibility as the brain tries to make sense of that change. By interrupting the hiring manager’s normal interview process, you make yourself stand out in his mind as a unique candidate among the sea of other job applicants. When the average corporate recruiter spends countless hours interviewing various candidates for the same job, simply giving them a memorable moment can go a long way!

It Opens the Door to More Conversation

Don’t just end your interview in a rigid Q&A format like all the other interviewers before you. By walking around the office, you’ve opened the doors to new topics of conversation that would otherwise not have been possible.

For instance, let’s say that your tour leads you into the office kitchen. This can be a great chance to ask where most employees eat lunch. By making small talk with your interviewer, you can vibe with him and get to know him on a more personal level.

Lastly, as a former recruiter myself, I can assure you that this question is almost never asked. In fact, the applicants that did ask this question were some of the most memorable applicants I’ve ever interviewed, and often the people I ended up ultimately hiring.

Give this question a shot the next time you find yourself in an interview, and I bet you won’t regret it!

Peter Yang is the co-founder of an online company offering professional resume writing services. In the past, he’s worked as a human resource manager at Hewlett-Packard and as a content marketing manager at IBM.