Home / Featured Posts / Identifying Your Network: Whom Do You Know?

By: Miriam Salpeter - Courtesy of Vault 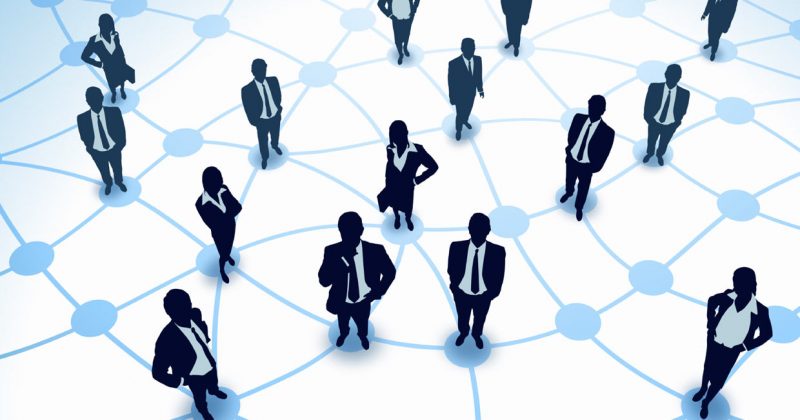 A common complaint job seekers make is, “I don’t have a network!” It’s very frustrating to realize job search networking is the best way to land an opportunity but to believe that avenue isn’t open to you. Luckily, you do have a network! In fact, anyone who knows one person has a network, and it’s likely your acquaintances, friends, and family members number many more than one. In other words, it’s just a matter of learning how to identify people most interested in your expertise.

Do you use Facebook? Are you connected to anyone on that social network? Your “friends” there, whether you really like them or not, are part of your professional network. (Even if you’ve never exchanged a word you’d consider “professional” with any of them.)

You don’t need to have 500+ LinkedIn contacts to call yourself networked. However, you do need to learn how to tap into these networks of people to access professionally useful information. Ideally, you’ll want to identify any of the people in these networks who may also leverage any of the more typically accessed professional networks, such as LinkedIn, and then connect with them there.

Maybe you don’t use social media (although it’s nearly a job-search necessity these days). “Ah ha,” you’re thinking, “I really don’t have a network.” Perhaps, if you’ve never taken a class, had a job or internship, or left your house, you may make an argument that you don’t have a network. However, most readers won’t accurately fit into those parameters. You have the potential to grow your network every time you leave your home. Do you grocery shop? Attend sporting events? Go to family dinners? Belong to a walking group in your neighborhood? All of these places provide great opportunities to expand your professional network.

Do you see a pattern here? Your professional network doesn’t come with special stickers or labels that say “job networking.” Your network encompasses everyone you know, and everyone those people know, too. If you really want to be fancy, it technically includes at least one more degree of separation, which would capture everyone who is a friend or acquaintance of those friends.

Start thinking about the strength of your professional network using this list:

If you don’t believe your extended network can help you get a job, these stories may change your mind.

Bettina Smalley recalled how she landed her first job out of college: “Divine intervention got me my first job at Scientific-Atlanta many moons ago. The pastor of my little Lutheran church was friends with a recruiter who needed to fill a sales position ‘at some big company’ with someone who spoke German. My pastor called me at 10 p.m. one night to tell me about it. By the end of the week, I had the job. If you’re referred by a man of God, I guess they assume your references are good!”

This is a perfect example of the “you never know” factor when it comes to a job search. Bettina’s pastor knew something personal about her that also related to her professional potential: she speaks German. Are people in your network clued into your special skills and goals? One way to make sure they are in the loop about your plans and skills is to share information related to your professional life on more personal networks, such as Facebook. Do your grade school or high school friends and contacts know you’ve returned to school to study human resources, or that you just obtained certification as a massage therapist? If not, it’s a good idea to make sure they do. Either spread the word in person or via online networks to ensure you tap your network efficiently.

Andrea Clement, a PR and media professional in the medical recruiting industry,

found her current job after running into a former boss at Nordstrom on Christmas Eve. She explained, “We both scrambled to do last-minute holiday shopping. At the time I was happily employed and he had just started his own firm. He asked if I was interested and I said that I really loved my job so I wasn’t sure, which was true. After the holidays, my then boss resigned, and she was my favorite aspect of that job. That February, I became the first employee of the start-up firm working for the former boss I’d seen in Nordstrom! That was 2007. I’m still here and now we have 80+ associates!”

While not every networking success story begins with a random meeting, if you ask people you know, you may be surprised to find out how many found their jobs, not just via networking, but through very random networking circumstances. The lesson in this case is that you never know when you’ll run into someone who can be influential to your career. Keep this in mind if you’re in full-on networking mode. For example, be sure you go out dressed to meet professional contacts. This doesn’t mean donning a three-piece suit to go to the bank, but consider your networking goals when you’re out and about and tweak your appearance to ensure you are comfortable introducing yourself to people no matter the circumstances.

Your network has multiple levels. Your immediate network includes the people you know directly, either in person or via social networks. You also can access the people they know as part of your extended network. In other words, your brother’s boss, your neighbor’s professor, or your college friend’s accountant, are all in your network. Don’t forget: each network links you to another network of potentially untapped contacts.

You never know when “someone will know someone.” Corey-Jan Albert, a writer and marketing consultant, shared a great networking connection story about her son, Cameron, a recent college graduate seeking a journalism position: “About a week ago, he mentioned a position he applied for. I asked him if he knew who he’d be working for there, and he said he did. I told him to check the guy’s LinkedIn and see what he could find. He called me back and said, ‘YOU know someone who knows him! I can’t see who that is since I’m two degrees of contact removed, but you can.’ It turns out the common connection was Cameron’s 5th grade soccer coach—now living in NY, working at Reuters. Cameron reached out to him. The former soccer coach was thrilled to hear from him, and not only gave him some Intel on the situation at hand; he also offered to link him up with the editor at Reuters in charge of freelance assignments. Double win!”

This story proves a few important lessons about networking. You may find the best networking contacts are people who would never have considered members of your official network. (Most college graduates don’t think their 5th-grade soccer coach will be a key player in their job search efforts. It’s also a good reminder to tap into family member networks.) Especially if you believe your network is small, connect with relatives on LinkedIn. It’s perfectly acceptable (and expected) to “link in” with your parents, grandparents, and their friends. If Cameron hadn’t been linked to his mom, he would not have realized this terrific contact. Unexpected results may happen from networking. In this case, Cameron accessed a freelance contact, even though he is seeking a traditional, full-time job. You never know what surprises await when you explore your networking potential.

Miriam Salpeter is owner and founder of Keppie Careers (http://www.keppiecareers.com/), a coaching and consulting firm helping job seekers and entrepreneurs leverage social media and other tools to achieve their goals. She has appeared on CNN, and  major media outlets, including The Wall Street Journal, The New York Times, Forbes and others have quoted her advice. In addition to her own blog, Miriam writes for U.S. News & World Report and for AolJobs.com. She is the author of the books, Social Networking for Career Success, Social Networking for Business Success: How to Turn Your Interests into Income, and  100 Conversations for Career Success. Named to CNN’s list of “top 10 job tweeters you should be following” and a “top 5” influencer on Twitter for job seekers by Mashable.com. Miriam also had her blog selected as a top career resource by Forbes. A vice president for a Wall Street firm prior to earning a master’s degree from Columbia University, Miriam ran the Career Action Center at the Rollins School of Public Health of Emory University before launching her own business.